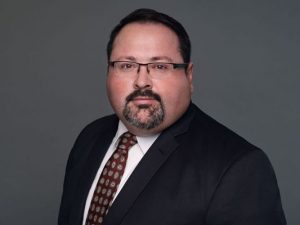 Roy (Rui) J.R. Antunes has practiced primarily in ICBC and personal injury claims for the last 15 years. If you have been injured in a motor vehicle accident other personal injury, then know your rights and obligations and contact Roy. Schedule a free consultation with Roy, where he will take the time to go over the facts of your case with you and the necessary steps you need to take in order to protect your claim. Many claims are time sensitive, so it is important that you know what needs to be done and by when so time limitations aren’t missed. Roy is fluent in both English and Portuguese.

Roy was born in Lisbon, Portugal, and raised in Surrey, BC. He completed his secondary education at Johnston Heights Secondary in Surrey. After obtaining a Criminology Diploma from Kwantlen College in 1998, he attended Simon Fraser University where he was admitted into the School of Criminology’s Honours program in 1999; an advanced program which at the time only averaged 16 students per year. After obtaining his Bachelor of Arts degree from Simon Fraser University in 2000, Roy was accepted at several law schools throughout Western Canada, and recommended by the School of Criminology for a place in their Master of Arts program at Simon Fraser University. However, Roy chose to pursue his legal studies at the University of Saskatchewan’s school of law, where after completing his second year, he scored in the top quarter of his class.

Roy was called to the Bar of British Columbia in 2005. Prior to joining Jiwa Law Corporation in 2015, Roy had spent the previous 9 years working in a Plaintiff-only oriented firm in the lower mainland primarily prosecuting ICBC cases. Roy continues to primarily prosecute ICBC cases.

Roy also practices in and has experience in employment law.  He is able to assist clients with wrongful and constructive dismissal claims against employers and human rights complaints (primarily involving worker’s rights).

Roy has conducted successful trials at both the Provincial Court and Supreme Court of BC levels, and has also successfully appeared at the Federal Court level. He is a current member of the Canadian Bar Association and the Trial Lawyers Association of British Columbia.

Outside the office, Roy enjoys the outdoors.  In the past he has volunteered his time with the Surrey Minor Ball Hockey Association coaching ball hockey. In 2015, he coached his junior division team to a Provincial Championship.