Retroactive Child Support – How Long Can You Wait to Collect?

Does Delay Diminish Your Right to Collect Retroactive Child Support?

On September 18, 2020, the Supreme Court of Canada (SCC) released its decision in Michel v. Graydon. The case involved common law spouses who agreed for the father to pay child support. This was evidenced by way of a consent order in 2001. The consent order was terminated in 2012 by way of another court order.

Upon discovering that the father’s income was in fact higher during the period of 2001-2012, the mother applied to obtain an order for child support in arrears for the correct amount of child support. The hearing judge (in Provincial Court) granted an order for the difference in child support in the sum of $23,000. The Supreme Court judge hearing the appeal from Provincial Court set aside the order on the basis that an application for retroactive child support had to be made while the “child” was a “child of the marriage” as defined in the Family Law Act. The mother appealed the decision to the Court of Appeal, which was dismissed on the same grounds.

In a seminal decision by the Supreme Court of Canada, the majority held that to allow such reasoning effectively rewarded a parent who engages in blameworthy conduct (of underreporting one’s income). The SCC allowed the appeal and reinstated the hearing judge’s original order in granting retroactive child support in the sum of $23,000.

What Does this Decision Mean for You?

If you have reason to believe that the paying parent is not properly reporting his or her actual income and underpaying child support, you should act now. In this case, the child was an adult by the time of the application. Furthermore, the recipient parent in this case waited to make her application. However, the SCC held that it was reasonable under the circumstances for the delay. What is “reasonable delay”? Generally speaking, once you have notice or reasonable belief that the paying parent is under-reporting his or her income, you should take steps to protect your right and the right of your child.

If you are the paying parent, you need to be upfront and transparent about your income for purposes of paying the correct amount of child support. Please remember, child support is the right of the child. Animosity against the other parent should not be used to short-change your legal, financial and moral obligation to look after your child.

As an experienced family law lawyer, I can help you take the emotions out of a complicated situation and give you advice to make reasonable decisions. Click here for contact information. 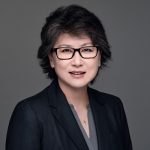